This article was posted today, July 13, 2018 by Maurice Gleeson, Organizer of Genetic Genealogy Ireland, in his blog “DNA and Family Tree Research”. It is re-posted here with his permission. 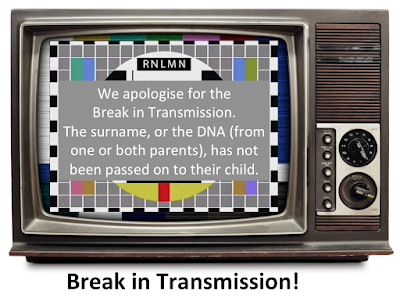 Surname or DNA Switches are important because they can mislead your family tree research, especially if you are using Y-DNA to research your surname, which should have passed down your father’s father’s father’s line hand in hand with your Y-DNA … but that is not always the case.
In Ireland (as in many European cultures) where a system of hereditary surnames has been in existence for almost 1000 years, the chances of having an SDS on any one of your ancestral lines is about 50%. Here’s the reason why:

There are many causes for SDSs and in relation to Irish family history, there are some unusual Irish-specific reasons for SDSs.

Allegiance to the Lord or Chieftain of the Clan (Sept, or Tuath)
It was not unusual for the servants, soldiers, vassals, tenants, or slaves of a clan to take (or be given) the name of their chief. This was a sign of respect for the chief but may also have conferred protection on the bearers of the surname. As a result, one would expect surnames that were associated with powerful clans to have many different Y-DNA signatures. And conversely, surnames that were associated with non-powerful clans and septs would have relatively few Y-DNA signatures. Surnames that might demonstrate this kind of pattern of multiple Y-DNA signatures associated with a single surname might include: O’Brien, Kennedy, O’Neill, O’Donnell, etc
This is an example of a surname-switch SDS. It means that the father who is doing the child-rearing will raise a son with the same Y-DNA as himself but with a different surname.

Modern adoptions are an obvious cause of surname switches. The adopted child takes on the surname of the adoptive father but carries the Y-DNA of his birth father. In times past, orphans or waifs would take on the surname of their guardians. These examples result in the child-rearing father having a son with the same surname as himself but with different Y-DNA.

Fostering on the other hand, did not frequently result in a surname switch. Under the Brehon Law of fosterage, children were brought up by relatives who were usually within the 5th degree of kinship (e.g. great uncle, 1st cousin once removed). However, the child did not adopt the family name of his foster family. Instead he retained his own family name and thus there would have been no SDS as a result.

Similarly, with modern-day fostering, the child in question does not usually take on the name of the foster family i.e. there is no SDS.

Young widow remarries
It would not be unusual for the young children of a woman recently remarried, to adopt the surname of her new husband. This results in the child-rearing father (i.e. the second husband) having a son (i.e. stepson) with the same surname as himself but with different Y-DNA (i.e. from the first husband).
Legal Condition of Marriage / Inheritance

Sometimes it was stipulated that a man would have to change his name in order to marry the daughter of a wealthy man to ensure that the family name was carried on. A good example is the Pennington family of Muncaster. There are two recent generations where the husband had to change his surname to Pennington as a condition of marriage. Thus, there have been two successive switches in the DNA associated with the Pennington surname along the same direct male line of descent.

A similar condition arises where the prospective heir has to change his name as a condition of inheritance – “You won’t inherit a penny, my boy, unless you change your surname to Sidebottom”.

In times past, it was not unusual for a man, upon marriage, to take the name of his wife if she was considered to be of higher social status. A famous example is that of Oliver Cromwell. His real name (perhaps we could say his maiden name) was Oliver Williams. His great-great-grandfather, Morgan Williams, married Katherine Cromwell in 1497. She was sister of Thomas Cromwell, Henry VIII’s chief minister, who was famously promoted to the earldom of Essex but later executed in 1540 when he fell from the King’s favour.
Morgan and Katherine’s three sons took the surname Cromwell in honour of their famous maternal uncle. This practice was repeated by many of their descendants, who also occasionally used the surname Williams-alias-Cromwell. Or at least they did until the Restoration, when some members of the family reverted to the surname Williams temporarily to distance themselves from any links to Oliver.

Morgan Williams and Katherine Cromwell’s eldest son Richard had two sons, Henry and Francis, both of whom also used the surname Cromwell. Henry was knighted and one of the youngest of his eleven children (Robert) was Oliver’s father.

In ancient Irish culture, apparently it was customary to offer one’s wife to visiting dignitaries for “entertainment”. The custom is still practiced in certain cultures today. Thus the dignitary’s Y-DNA would become associated with any offspring of the union, but the child could be raised with the surname of the woman’s husband.

Why was such a custom practiced? A child by a powerful man would give protection to a family and also had rights to succession under Brehon Law. A good example is that of Mathew (Fear Dorcha) O’Neill(1520-1558), the illegitimate son of Conn O’Neill. He was accepted by Conn as his natural son and was made his heir. However, Shane (Mathew’s half-brother) contested his right of inheritance and Shane’s men eventually killed Mathew, but not before Mathew had a son, Hugh O’Neill, who later went on to become The Great Earl and Clan Chief of the O’Neill. On this occasion the Y-DNA and surname remained intact (no SDS) but in other cases, the surname of the father who reared the dignitary’s child may have been retained (i.e. SDS present).

There was also an associated custom of “Naming” children on a wife’s deathbed (i.e. she would reveal which of her children were the offspring of famous people). Apparently, as she lay dying, the wife would call her husband into the bedroom and something like the following conversation would ensue:

This sort of conversation does not happen very often today (or does it??), but it was relatively commonplace 500+ years ago.
Infidelity – a different thing under Brehon Law
In many ways, the old Brehon Law system practised by the mediaeval Irish, as well as their social attitudes, were more advanced and less restrictive than the laws we have today, especially in relation to the rights of women. There was a completely different concept of infidelity under Brehon Law. And such thinking is quite foreign to our modern ears.
How common infidelity was in medieval society is open to question. But if it was commonplace, and in addition married couples practiced regular sexual relations, then it must have been very difficult for a man to know which children were his and which were someone else’s. Maybe they played guessing games at medieaval cocktail parties.
Attitudes to infidelity have varied with time and place. In Shakespearean times, “cuckolding” was the subject of derision and the cuckolded husband would be mocked. In Victorian and more modern times, infidelity carried a stigma and was taboo. As a result, it would probably be kept secret and remain undetected. Husbands would be blissfully unaware that their child carried another man’s DNA.
Infidelity usually goes undetected, but sometimes there may be clues in the genealogical records. I came across a note written by the parish priest in the margin of an 1890 baptism record which read: this is not the husband’s child – he has been working on the docks in Liverpool for 18 months.
Illegitimacy – another different thing under Brehon Law

There was a completely different concept of illegitimacy under Brehon Law and it was not unusual for men to have concubines. In addition, sex with servants was commonplace.

There was also apparently a custom whereby a woman could decide which man she wanted to sire her child and which she wanted to raise him. So Dim Dave may have been in demand for his awesome good looks, whilst Four-Eyed Stan was lumped with child-rearing because he was an excellent Dad (despite the limp and halitosis).

In more recent times, and certainly since the introduction of Victorian morality, the illegitimate offspring of any “out of wedlock” encounter would usually be given the maiden name of the mother. However, this was not always the case and I have seen illegitimate children christened with their biological father’s surname (in which case, no SDS is present).

It was common for surnames to be anglicised in Ireland. And as a result there are some unlikely genetic associations between different surnames. The surname Green was at times an anglicised version of Hooney or Fahy, both of which are derived for an Irish word for the colour green. 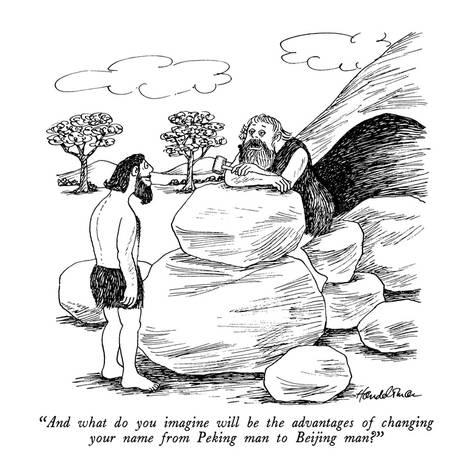 In cases where the husband deserted his family, the children sometimes took name of their mother out of respect for her and perhaps to distance themselves from their wayward father.
Legal Name Change after an important ancestor

Occasionally we hear stories of babies being swapped at the hospital and the mother going home with the wrong baby. Several recent cases have come to light with the help of DNA testing.

In more modern times, the nature of SDSs is subtly changing with the introduction of new causes such as surrogacy, sperm donation, mitochondrial donation, and three parent families (one parent donates the egg, another the sperm, and a third the mitochondria). 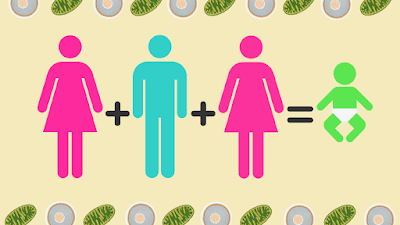 This is not an exhaustive list of the causes of Surname or DNA Switches, so if you can think of other examples (and I am sure there will be many), please leave a comment below.

But hopefully it will be abundantly clear from the above, why you only have a roughly 50:50 chance that your Y-DNA goes all the way back to the person who originated your surname some 1000 years ago (or thereabouts). And why, as you go back along each ancestral line in your family tree, there are likely to be 3-parent and 4-parent families. In other words, one particular family may consist of a genetic father as well as a genealogical one. And some families (e.g. where an adoption has taken place) will consist of two genetic parents and two genealogical parents.

As a result, we all have two types of family tree superimposed on each other – one purely genetic, one purely genealogical. But both equally valid in terms of our family history. Both types of ancestor (genetic & genealogical) have contributed to who their offspring became … and who we are today.

Click on Logo to view The VGS Home Page

Weather in THE VILLAGES

Announcements Communications Conferences Genetic Genealogy Meetings Members News Other blogs Parernity SIG Meetings Special_Offers success stories Uncategorized Website
We use cookies to ensure that we give you the best experience on our website. If you continue to use this site we will assume that you are happy with it.AcceptDeclinePrivacy policy
Revoke cookies